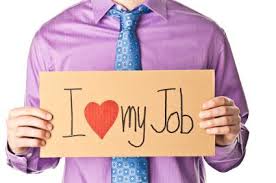 Imagine that you are driving your car to the grocery store. You are enjoying the scenery and listening to your favorite song when your vehicle suddenly begins shaking and releasing loud, ear-piercing noises. You quickly pull off to the side of the road and call a mechanic. After a thorough inspection, he tells you that your car simply won’t run again without a major, expensive overhaul. You become angry and confused when you are told that your car broke down for one reason and one reason alone: you neglected to change the oil.

Why is this scenario so aggravating? Because it was 100 percent preventable. By simply investing a little time into regular oil changes, you, the car’s owner, would have avoided its breakdown.

Just as getting a vehicle’s oil changed is a small, inexpensive act that can keep a car in good working condition, gauging employee satisfaction is a simple practice that can keep an organization healthy and successful.

When was the last time you attempted to gauge the satisfaction level of your workforce? If it’s been more than several months, it’s time to start passing out surveys. Employee satisfaction is vital to the prosperity of your organization, and being aware of the presence or absence of it will help you make positive changes in your workplace.

Did you know that there is a correlation between the health of an organization and the satisfaction of that organization’s employees? It’s true. As cited in the article 5 Reasons Why You Should Conduct Employee Surveys, “Engaged and loyal employees are often more committed to the company and perform at a higher level. The result is increased satisfaction and profitability for the company.” This explains why a company’s success is tied to its workforce’s contentment. In light of this, it’s wise for employers to making gauging employee satisfaction a high priority.

There is a correlation between company success and workforce happiness. Similarly, there is a strong connection between a business’s turnover rate and the satisfaction of its employees. The reason for this is simple: when employees are unhappy at work, they are likely to leave their employer. When they are content, workers are more apt to stay where they are.

Does your organization have a high turnover rate? If so, it is especially important that you survey your employees often to measure their engagement and feelings of fulfillment. Simple, inexpensive surveys not only let you know how many employees are satisfied, but they also reveal why certain workers are dissatisfied. This information is priceless for an employer who constantly replaces employees due to turnover.

Don’t neglect consistently gauging your workforce’s level of satisfaction. Doing so is relatively quick and easy and can prevent the costly mess of organizational erosion caused by excessive employee turnover.